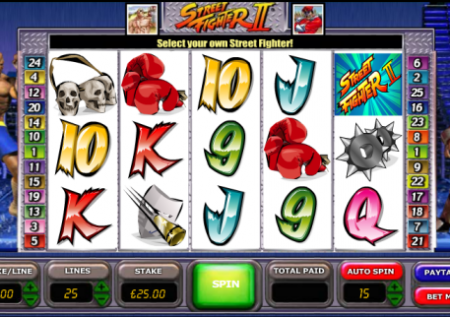 Street fighter II is inspired by the classic computer game of the early nineties, it even as the game play you remember. With five reels and 25 lines you can play for as little as 1p up to £125 with a chance of winning £25,000!

Prizes awarded are proportional to the triggering bet, this continues until street fighter or bison is defeated. Street fighter feature wins are added to pay line, scatter and re spin wins.